MLB agrees to deal with players, and this is great news for the 2020 season

The MLB and the MLB Players’ Union sat down for conversations these days and they have come to an important agreement, that gives hope to many other leagues and, above all, to sports fans from all over the world. On top of everything, this agreement shows that there is good will coming from both ends and that players and officials are all on the same page, of bringing back sports as soon as possible, and of understanding that what is happening right now in the world is completely unprecedented, so we all need to do our part to be able to get back in line, when things get better. This is an example for every other league, and hopefully, it will be implemented to be able to assure fans from all over, that they will be able to enjoy watching all their favorite teams.

The Covid-19 crisis has affected everyone and everything in the sports world, that is no secret. What we’re seeing right now is something no one expected even in their wildest dreams, but it is what it is, and leagues from all over have had to learn and adapt, to try to survive and to be fair to everyone involved. Teams and players from many different leagues have donated part of their salaries for stadium workers in each city of team staff that are struggling right now, due to the lack of games and the obvious economical repercussions this all has.

What did the MLB and the players agree on? Here’s the deal

We’re not going to go deep in technicalities right now, but the agreement basically states the obvious, what all of us, as sports fans, would have expected out of professionals. The league won’t affect the player’s contracts even if the season were not to be played at all, and this is the steppingstone of the agreement, because then it clears the way for many other things. However, their salaries will be affected depending on the amount of games that actually take place.

There is no set date for the beginning of the season yet; remember that Opening Day was scheduled for last Thursday, March 26th, initially. We will have to wait and see, and once a date can be set, the agreement states that the league will work on a regular season schedule, with the goal of playing as much baseball as possible. The MLB will amend roster rules and there will be a Spring Training, but when it comes to regular season, a 130-game schedule has been proposed already, but it could even be cut to half, down to 80 games.

The MLB All-Star Game will most probably be cancelled

There are many good news coming from this agreement; however, there is one thing that, apparently, has no salvation, at least so far. With the season being shortened and the focus being on keeping the season format as stable as possible, it is almost certain that there will be no All-Star Game this year. Bad news for the LA Dodgers and fans in Los Angeles, for sure, but first thing first; it’s understandable, and it wouldn’t make a lot of sense to stop the season for an exhibition game.

Now we wait and hope for the best. For now, make sure you join a good Price per Head service provider and let’s get ready for a new season! 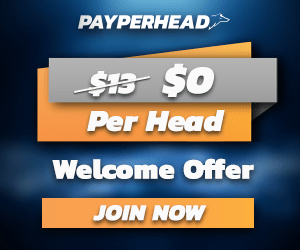